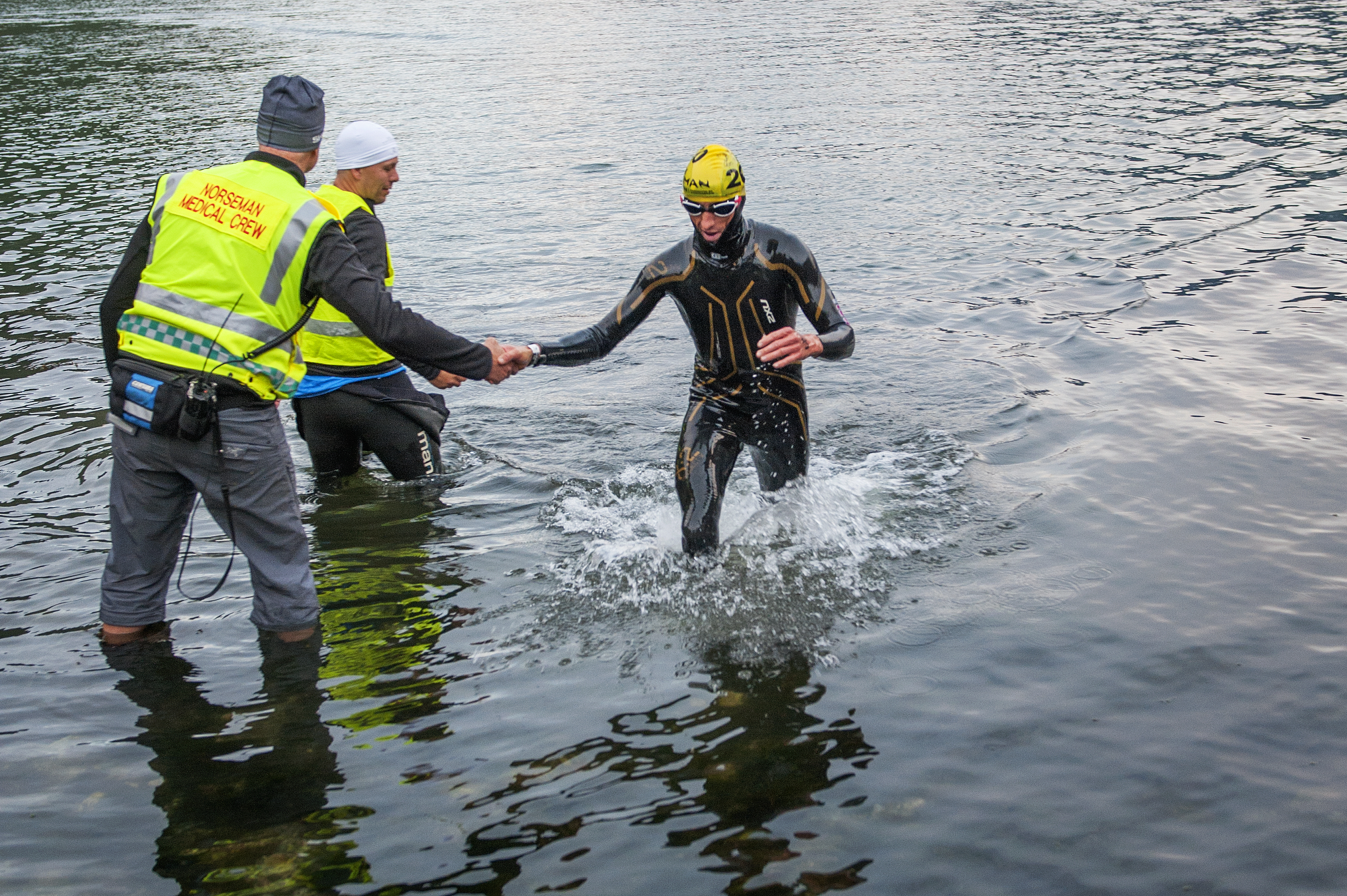 Have you ever been out swimming, and then felt that you getting colder for a while after you exited the water? Science might prove you right. There are several factors behind this mechanism. One of these is called afterdrop. In the following, I will try to simplify what it is. (Photo by Kai-Otto Melau)

Strictly speaking, afterdrop is defined as a continued drop in core temperature after the human body has been removed from the cold environment. it is a feared condition in emergency medicine.  The mechanisms behind afterdrop are not yet fully recognised, and both the significance and the pattern seem to vary within subjects exposed for hypothermia.

During our pilot study in Eidfjord in 2015 and our first controlled study later that same year, it grew several questions about afterdrop. We saw that the body temperature lowered on several individuals, even after they were out of the cold water. The study was published last year (Melau et al., 2019)

These findings were not an immense surprise to us. Afterdrop is a well-known effect in Emergency Medicine. I have been working 10 years a rescue paramedic in the Air Ambulance in the Arctic. When you pick up a victim from the open sea or doing a rescue in the snow, we see that hypothermic patients are prone to get an even lower body temperature after we have removed them from the cold. The specific physiological rationale for this phenomena is not fully recognised. But we believe the main reason is that colder blood from the arms and legs are starting to circulate in the core. And therefore lowering the core temperature.

Afterdrop observed in our study was on average 0.6 C and the lowest

temperature was observed on average 25 min after the swim. Afterdrop should be of interest to organizers, but even for athletes training in open water. It is valuable for triathlon organizers and triathletes to expect that temperature can fall in T1 and during the first part of the cycling. Our findings on afterdrop are also in accordance with previously published results from Nuckton(Nuckton et al., 2000) and others.

Afterdrop is a potential problem for everyone swimming in cold water.  A study was conducted on Open Water swimmers in San Francisco, were the participants at New Year’s eve swam from the famous “Alcatraz” Island into Fishermans Warf.(Nuckton et al., 2000) It is a distance of approximately 3000 meters, and the water temperature was 11,7 degrees Celcius.  The participant’s had no wetsuit and there were 6 men and 5 women in the trial. One of the participants got hypothermia (a core temperature below 35 degrees Celcius) But more interestingly, 10 out of 11 participants had an afterdrop.

I am at the moment sitting and writing a paper where I try to sum up three years of core temperature measurements at triathletes during Norseman. There are lots of findings in these data, one relevant finding is concerning afterdrop. Several athletes appear to be colder while in T1 and out on the bike. Hopefully, it will get published later this year.

In triathlon, the afterdrop effect is possibly worsened by the fact that triathletes are affected by the wind chill factor during cycling. The wind chill factor might continue to cool your body when cycling at high speed.(Bluestein, 1998)  The International Triathlon Union (ITU) has taken this into consideration, as they have incorporated both air temperature and water temperature into their competition rules. According to ITU competition rules, the swim can be shortened or cancelled according to combined water temperature and air temperature

There are also studies pointing in the degree of afterdrop is potentially worsened if you are physically active after the cold exposure. (Giesbrecht and Bristow, 1998) Probably because the blood is more rapidly distributed during activity. This is particularly of interest for a triathlon, as this is what we do.

It seems like you can’t do much to avoid further afterdrop if you have been cold during the swim. But eventually, your core temperature will rise again. It might help to try to reduce the wind chill factor, although we don´t know that for sure. Several companies (like HUUB) makes trisuits with wind-proof chest and torso panel to reduce the risk of wind chill after the swim.

To sum up – if you feel cold in T1, it might be due to afterdrop. And you probably will feel cold during the first part of the bike section of the race. How cold you get and for how long, is reliant on several factors that we do not understand sufficiently yet. But as researchers, we will continue to look more into this.

Bluestein, M., 1998. An evaluation of the wind chill factor: its development and applicability. Journal of biomechanical engineering 120, 255–8. 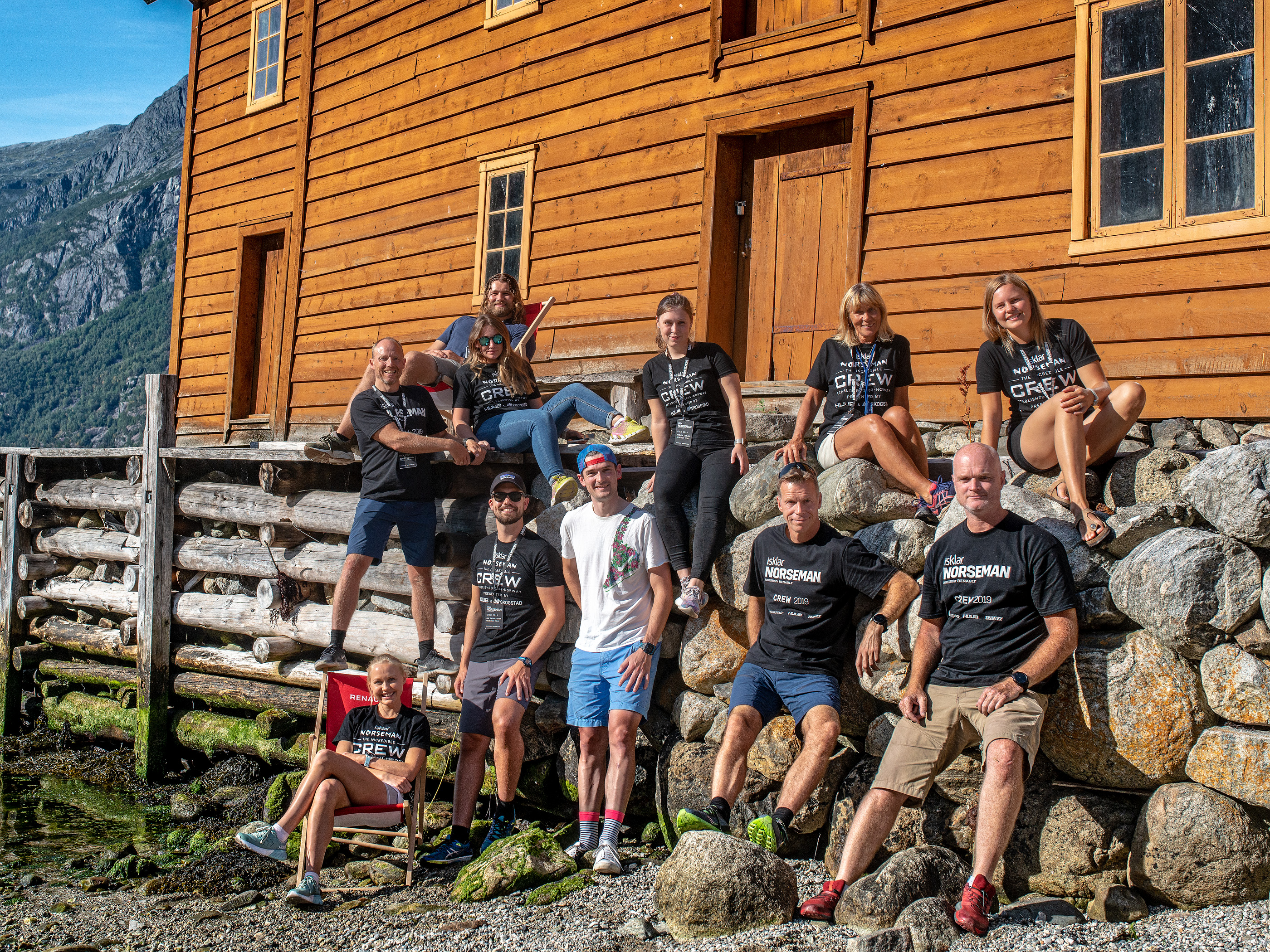 
Reply on TwitterRetweet on TwitterLike on Twitter6Twitter
Load More...