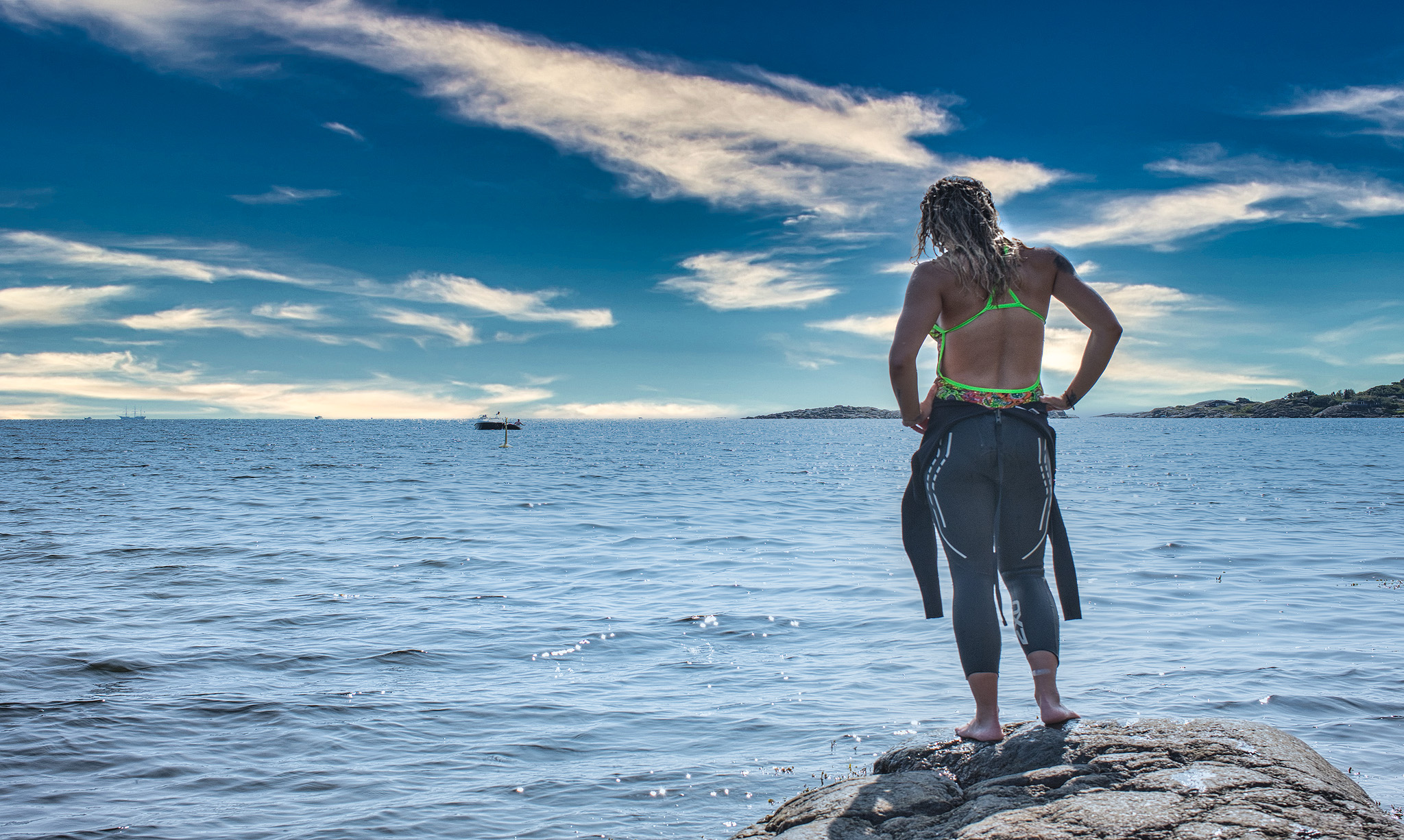 During the course of my Ph.D. journey, I have done several studies. Three of them I included in my Ph.D. thesis. I have learned several lessons. In the following, I will focus on some of the Norseman-related learning points of my thesis.

You don’t start to cool in cold water straight away.

One possible explanation is that the blood volume is centered to the core. This is due to blood vessels constricting in the arms and legs. So, it takes some time before the cooling of the core initiates. Another suggestion is that increased muscle work enhances heat production. And thus contributes to keeping core temperature stable. Anyway, this needs further investigation.

The longer you stay in cold water, the colder you will get.

This is no surprise to anyone. But we realized another related factor. When you start to lose your core temperature, you do so in a near to linear way. This means that predict when you are getting too cold.

Some of you might recall that we had a water temperature of 100C in Norseman 2015. This was actually the start of my PhD journey. We decided to reduce the swim length to half the distance (1900m) that year. In our first study, we predicted that possibly half of the starters could suffer hypothermia in 2015 if we had raced a full-length swim. At least if they were using close to the swim cut of time. Now, I find this very useful info as a professional rescuer. Long time in cold water is one of the most significant contributors to hypothermia.

Many will likely get even colder after exiting the water.

And imagine this – where are you 15-30 minutes after you have exited the water? You are a long way into the bike segment of Norseman.

In our Study I, the afterdrop was on average 0.6°C with a reversed peak 25 minutes after exiting the water. All participants had doffed their wetsuit at that point and were indoors fully clothed. Most of them had already taken a hot shower, and some even were in a sauna when the lowest reading was measured. In Study II, the Special Forces recruits had an afterdrop with an average of 1.1°C after exiting the water. At that time, they were all in a heated shelter with their drysuit entirely removed.  In Study III, there was no clear evidence of an afterdrop in the athletes’ participating in the study, while on an individual level, an afterdrop can be suspected.

Not many get cold, but there are always some.

If we do our proper statistics, we find that very few get hypothermic. Yet, there are always some that do. In statistical terms, these are regarded as outliers. In all our studies, we have individuals that have clinical hypothermia. And that is concerning. As Chief of safety and medical at Norseman, I can never ever ignore this. The outliers are very important.

Our Safety and Medical team are strong and experienced. There are no coincidences when planning our safety measures at Norseman. And our continued research efforts are a vital part of that. To gain more knowledge in how to make races like ours as safe as possible.

Muscle activity in water is relevant.

When muscles are active, it will elevate internal heat production in the body. And probably even more if the swimmer uses wetsuits for insulation. But there is a catch.

The insulation characteristics of the muscles alter upon the level of muscular activity. When the muscles become active, the muscles turn from being an insulator to a very effective heat conductor. This means that it loses a lot of its insulations capabilities when the muscles are active. So you see, there are two opposing factors here. The active muscle produces heat, but the perfused muscle loses heat. And in water, you are probably losing more heat than you gain.

What are we missing and where are the gaps?

There is a lot we don’t know. But we do believe some important factors need to be considered.

The water temperature is obviously important. The limit for when it’s too cold is very individual. However, organizers of triathlons, open water swims, and swim runs cannot have individual water temperature limits. And we also need to take into account the air temperature. Since you cannot go straight to a heated shelter or a sauna once you are out of the water. You will continue, mount your bike and ride and run for hours.

In my opinion, one of the most important factors for protecting athletes in cold water is the wetsuit. The fit of the wetsuit is probably very important, and I think it is a lot to gain for manufacturers in wetsuit research and development. Our friends at the University of Las Vegas, with Norseman finisher Professor John Mercer, have also started to look into this. They found that the fit of the wetsuit influenced both the blood pressure and hrv.  Our bodies are so diverse that I think we could gain a lot from making custom-made wetsuits. A tailor-made wetsuit, if you’d like. Sure, it would be expensive, I know. But I believe it is the next step.

Lastly, I want to express that I do not feel cold water swimming is dangerous in general. I think it has considerable benefits. However, the primary object of my thesis was to understand the potential dangerous hazards of cold water swimming. And for a few, it can be hazardous. 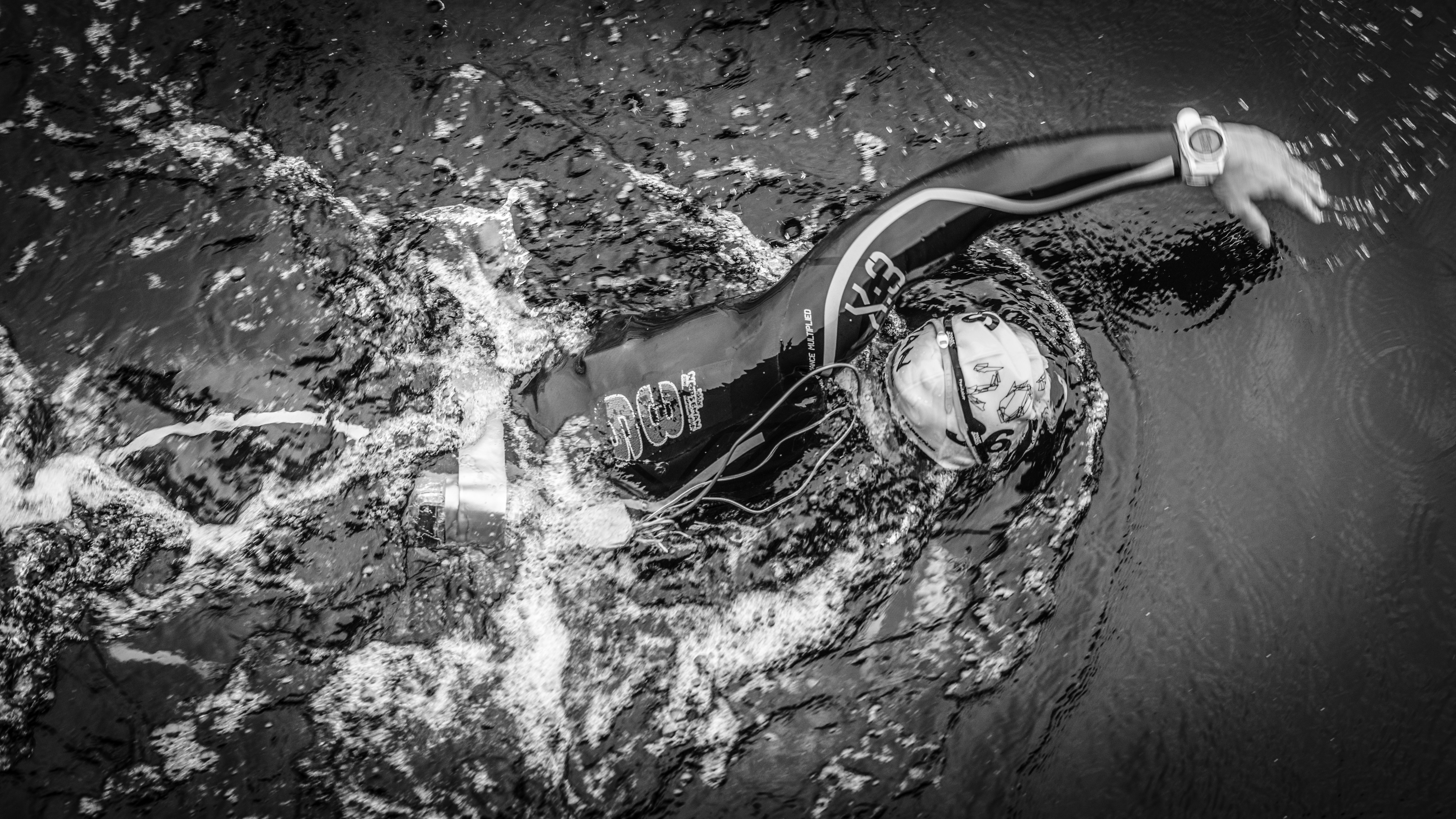 Drones to the Rescue!

This week I had my conferral ceremony for completing my Ph.D. I am now officially a Doctor. 👨🏼‍🎓 🏊‍♀️ 🥶

You can still call me whatever you want, as long as you are nice. 😅

Reply on TwitterRetweet on TwitterLike on Twitter38Twitter
Load More...